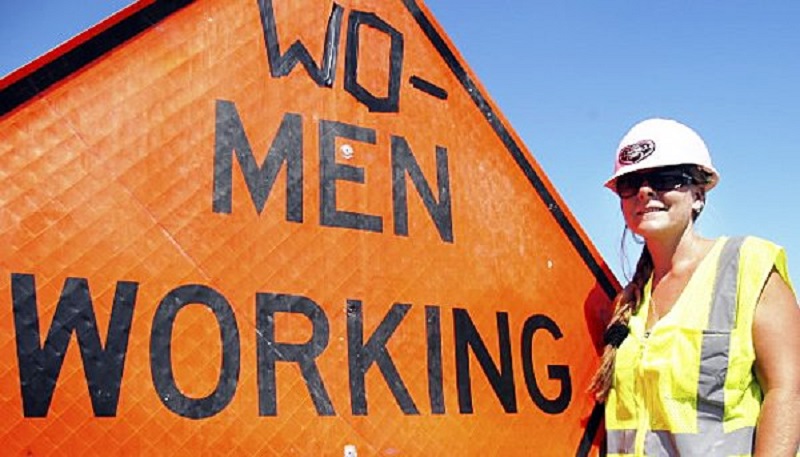 Mark Whitehead attended a round table discussion focusing on the issue and considering some solutions. As discussion began at the round table gathering being held in William Morris Gallery in Walthamstow, north east London, the point of the event was clearly summed up. 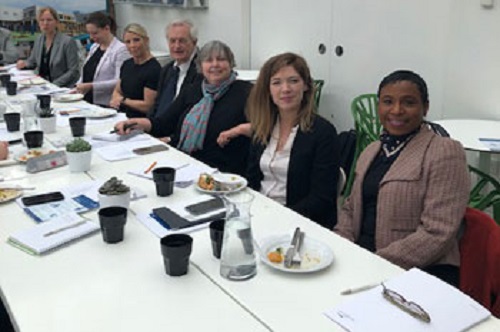 Why are there so few women in construction industry, and what can we do about it?

Some figures emphasized the problem. Out of nearly 2.3m people employed in the industry, less than 13% are female and men earn on average £11,000 more than women in same roles. Given that scenario, it’s perhaps not surprising that only a small number of young women would consider a career in the industry. Participants at the event, titled Women in Construction, included representatives from the local Waltham Forest council, school and college leaders, industry executives and senior officers of professional bodies. These included the event’s sponsor, the multidisciplinary property services company NPS Group which delivers social infrastructure projects through joint ventures with local authorities and other public sector bodies.

In a discussion covering a wide range of issues, the first topic concerning about what part of education and training that encourage women to join. Attention focused on encouraging boys and girls to see their roles on the common ways. It starts at an early age. A participant told how she googled ‘toys for boys’. The first site to come up featured a mechanical digger, while ‘toys for girls’ presented a cookery set as the ideal present. ‘The first step we have do is getting girls to open their eyes to what they can do,’ participant said. ‘We have to challenge their expectations.’

Several of those commented on the role of careers advice. Saying, ‘Girls do not consider the building trade because it has never been suggested to them.’. Participants agreed that, it is vital for work experience opportunities in construction to be offered to girls so that they can see for themselves what is involved.

Construction industry often seen as dirty and dangerous, it needs rebranding, as suggested. In fact nowadays it involves a lot more than what takes place on building sites. Increasing complexity and the growing use of computer technology in a range of functions is altering the kinds of skills required. Like making many roles in the industry more potentially attractive to girls.

‘Children love to build and create things,’ one participant said. ‘But nowadays they spend most of their lives in front of a computer screen. Making the link between construction and technology can help to make it more attractive.’

Involving girls actively in the kind of roles needed in construction is vital and agreed by them. People from companies often go into schools to talk about their industries, but taking part in real work makes a difference. The round table was told of a visit to Finland where 12-13-year olds ran their own companies at an educational centre, carrying out all aspects of the operation and being responsible for the outcomes – and it was noticeable that girls were playing dominant roles.

What will happen when the UK leaves the EU? a question asked. Many workers were already leaving the country ahead of Brexit and the need for skills would rise sharply. It was suggested, creating a labor shortage similar to what occurs in wartime, when women were summoned to do the work traditionally done by males.’There is a war for skills coming.’ one participant warned. ‘And we need to bring women in construction to help close the gap.’ 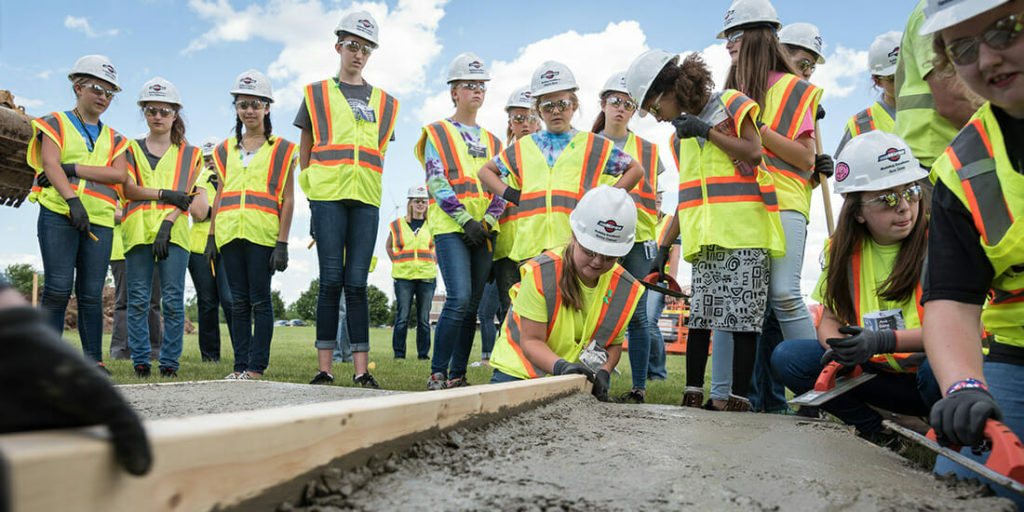 Apprenticeships’ set up is another potential barrier to girls and women entering the construction industry. They tend to be based on a full-time model and this makes them more restrictive. Not allowing part-time and flexible working women who are caring for children. Lack of flexibility also matter against adults taking up apprenticeships. A participant warned that, there is an actual age bias with apprenticeships which would discriminate against women with families to support.

Not only that, the round table heard, but the current model also had a stigma attached to it.  Apprenticeships often regarded as meant for people who could not go to university. Someone suggested, ‘To accommodate people’s different lifestyles, there needs to be more flexibility.’

Women needs to be a ‘disruptive force’ to open the door for those who want to go into the construction industry, and keep up with pressure, a participant said. ‘Just because we’ve opened the door a crack doesn’t mean it’s going to stay open. It could close back again.’

The discussion then took an important turn. We need to find out from girls themselves why most of them do not consider a career in construction. Was it because it is seen as male-dominated or because it is thought to be not flexible enough for family life?

Discussion focused on the barriers to women reaching senior levels in the industry and the ‘old boys network’. Decisions made often by men while drinking or at the golf course. While women often find themselves with care responsibilities that makes socialising outside work hours difficult for them. Meaning, women arriving at a meeting well prepared, only to find decisions have already been made.

Then there was the question of confidence. ‘We are far too shy about shouting about what we’re good at.’, a participant suggested. ‘We have a huge challenge in getting women to think we are good enough.’

Several participants agreed about a Voice coaching can make a huge difference to confidence if you learn how to project your voice properly. Someone also suggested that Assertive training had a role to play, ‘We have to be realistic’. For the time being the majority of people in the industry are men. We need more training and confidence building to help women get on while being true to themselves.

A participant added a positive note, sometimes men in interviewing panels are keen to help women succeed. ‘As a woman on a shortlist you can be in a very good position’, she said.

Still the picture is not always so encouraging. An incident in which a woman was interviewed and asked if she planned to have a baby. ‘It’s illegal, but it happens,’ the participants heard.

The group agreed on an action plan to help tackle some of the challenges identified at event:

• set up a group of volunteers to visit schools and get girls more exposed to the construction industry.
• investigate similar initiatives in other areas/countries
• set a group to lobby the Mayor and MPs on how they can help bridge the skills gap and deliver their infrastructure ambitions
• sample a project such as the one in Scandinavia within Waltham Forest to change the perception of construction locally
• write to MPs about statutory maternity and paternity pay within the industry
• offer leadership development to SMEs
• motivate women to be mentors

by Mark Whitehead in Uncategorised

One thought on “Building in Future: Women in Construction Industry”